Watching Changing the Guard at the Buckingham Palace is probably one of the most touristy things to do in London. And when I say touristy, it really felt like all the tourists in the city were gathered there to watch the men in red and tall hat march.

I only managed to will myself to do it during this trip, which is already my fourth in London. It did not even occur to me during my previous three trips to check on the days and timing of this seemingly important every-other-day occasion. It was only this time that I found it rather obligatory to have this ticked off my London to-do lists.

As it turned out, I totally underestimated the number of people who were going to be there. In my mind, I was thinking that this could not have been THAT popular anymore since everyone must have seen before? It somehow did not occur to me that London still remains one of the most visited cities in the world and all new tourists are probably keen to see this as first on their list. 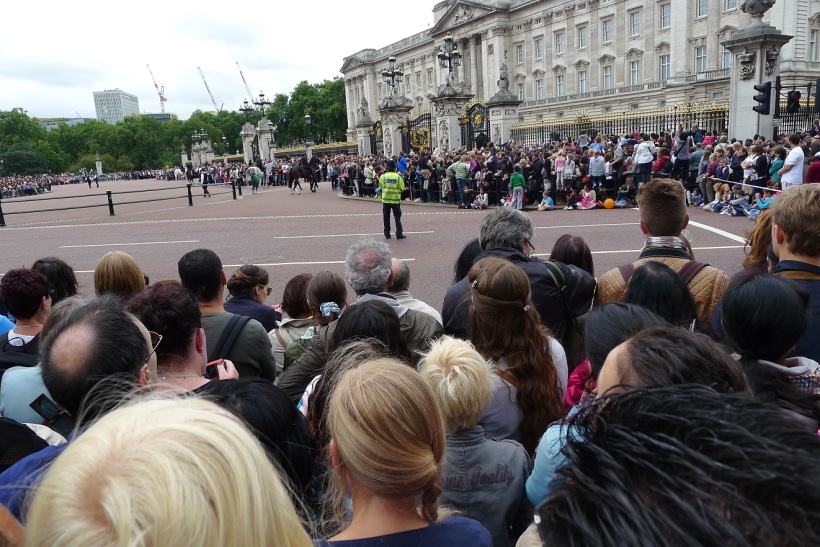 Because of this very mistaken assumption, I did not arrive there early and only turned up right before the whole ceremony started. Unsurprisingly, I was seriously lost when I got there, not knowing where I should be standing, where I should be looking. Throughout the whole time, I could not see very much what was going on (although I doubt there was much anyway) apart from hearing the marching band playing. So to make you avoid making the same mistake, this is how the Changing the Guard looks like if you don’t plan to reach there early.

This was probably the best shot I could get, stretching my hand in between the bars.

A little buzz of excitement happened when a taxi suddenly stopped in the thick of it all where the roads were supposed to be blocked and a very frail old lady came out of it with a guy that looked like a body guard.

One thing is for sure. Whether you are early or not, be prepared to be shoved around by a sea of people when the whole thing ends. 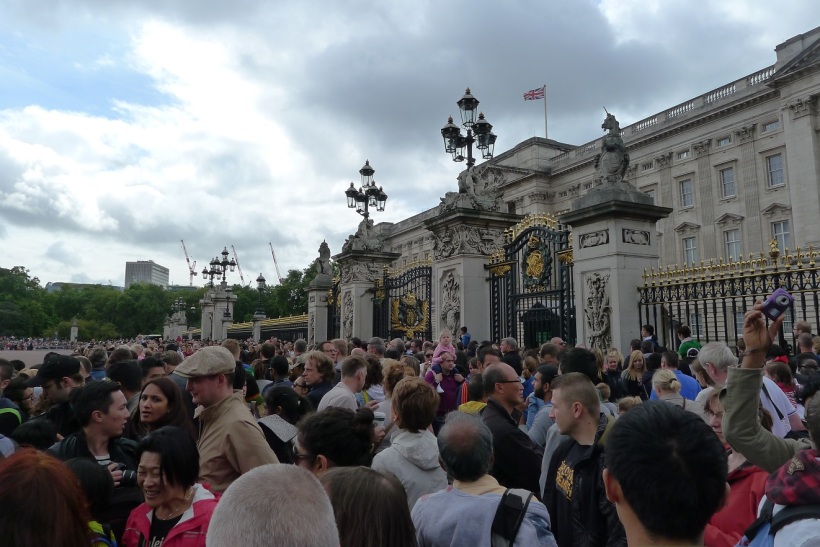 I’m glad I got this thing done (sort of), but certainly not at the top of my London to-do lists!