While I am very grateful for my part-time job here in London, I often complained that being confined in Camden Market for 7 hours a day for the greater part of December meant that I completely missed out on the Christmas atmosphere that has been going on all over the city.

Before I knew it, the last month of this year has flown by – it’s Christmas Eve and it is time for me to pack for my trip back home.

As I was backing up my pictures to my hard drive and looked through some of the photos that I took over the past few weeks, I realised that I have actually visited a number of Christmas-themed landmarks in the city.

The good thing about London is that it is crazy about Christmas. The festivity has started since early November, practically right after Halloween. While some people including me find it slightly off seeing Christmas baubles being sold everywhere so early, it actually came as a saving grace this time round since that meant that I still managed to enjoy some of the beautiful Christmas lights sprinkled throughout the city.

Although I do have to admit, sometimes London did take the whole Christmas thing a bit too far. They had a full-blown event for the Oxford Street Christmas light-up, which was basically when tourists flooded the street – I am ashamed to admit that I was one of them –  in the rain and freezing cold waiting for two hours for Craig David to flick a switch, with a prelude by some substandard band blasting their songs through crappy sound systems.

But other than that, the rest of the Christmas atmosphere was wonderful.

The alleyways right next to the busy Oxford Street was very charming for example. 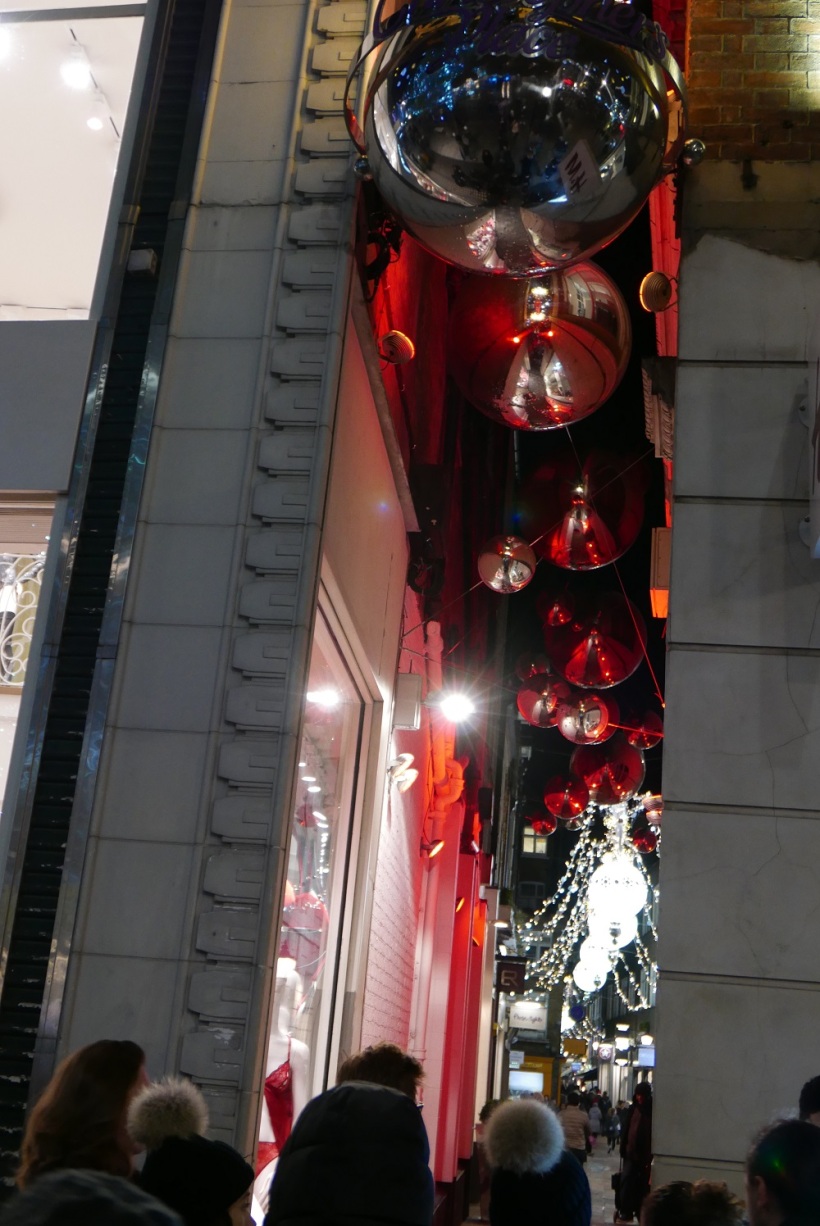 Brixton has a very international Christmas with tinsels alternating the iconic flags there.

Winter Wonderland at Hydepark is always a delight to visit.

Thanks to someone’s generosity and a few friends visiting the city, I managed to squeeze in a few more nights to enjoy some of the Christmas sparkle in London at the last minute.

My favourite place Southbank was even more lovely with the Christmas market and lights. 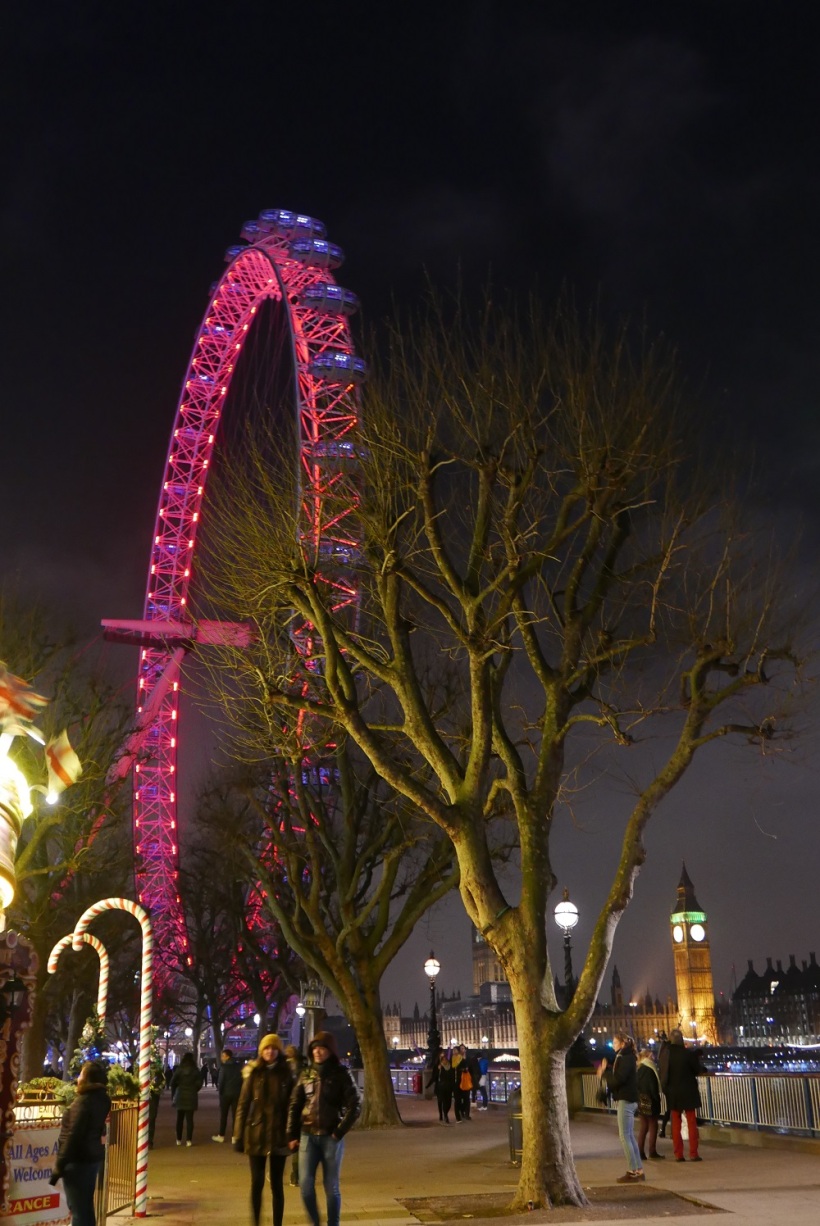 Covent Garden was nothing short of magical. 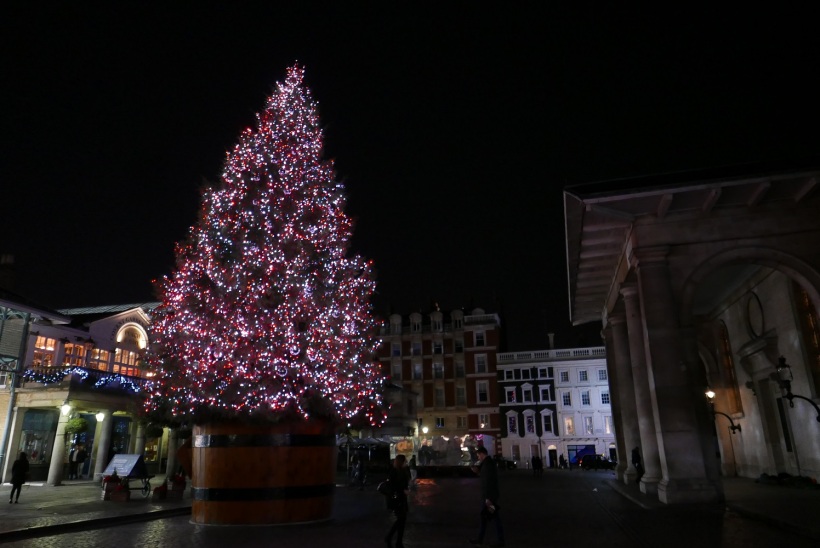 My favourite hands down had to be the lights at the Seven Dials. I did not even know this roundabout even existed, so it was definitely a nice surprise to have someone show me the fairy-light trees that lit up the place.

Perhaps the whole point of me writing this post is that, as much as I am looking forward to going home and seeing my family and friends again, I do find it hard to say goodbye to this city even just for five weeks.

London has been extremely kind to me over the past four months. I have settled incredibly easily in this city, the weather hasn’t been all that crappy, I’m loving my courses, I found a part-time job when I was only half-looking for it, and my grades have been decent (so far).

But most importantly almost everyone I met has been unbelievably kind, it is heartwarming. From long-time friends, family of friends, ex-colleagues, classmates, lecturers, bosses, customers and even people I have only met once or twice – they have all treated me very well and been very generous to me.

Although it is hard to say bye now, at least I can say for surety this time: see you next year London! 🙂

And Happy Christmas everyone!