The weekend I got dragged to appear live on the television.

“You are going to Birmingham this weekend? I’m sorry.” – Informant #1

“There is not much to do there and it’s not the nicest place.” – Informant #2

“Birmingham is certainly not the prettiest city. Haha, even without knowing which area you were talking about I would say yes, it’s likely to be dodgy.” – Informant #3

No one I spoke to had anything good to say about Birmingham.

Having been at the receiving end of such comments from three people who didn’t know each other, I was understandably not thrilled about visiting Birmingham.

The city was in the spotlight a couple of months ago after the horrid attack at Westminster in London. The police raided a flat at Hagley Road in Birmingham and arrested three men there who were allegedly related to the atrocity. When I looked up the address, it was just a few blocks away from the Airbnb that I had stayed in a couple of weeks prior.

So what brought me to Birmingham you asked?

The All England, the oldest badminton tournament in the world (or the Wimbledon of badminton for those of you who have made a grave mistake in your choice of racquet sports), was held there in March. As a testament of how little the city has to offer, apparently the badminton tournament no one outside the badminton world had really heard of constitutes what would be “the busiest week in Birmingham” in the whole year. Hotel and accommodation prices skyrocketed as tourists flocked to the city from all over the world to witness the battle for one of the most prestigious badminton tournaments.

Had I not been a student, I would have jumped at the opportunity. But having almost no income at the time, I just had to be prudent with my spending; taking a train ride up north and staying at an overpriced Airbnb (I’ll come to this later) seemed to be rather… imprudent.

After a thorough deliberation, I still went anyway. Because badminton.

But I clearly wasn’t as excited as someone who had once travelled all the way to Copenhagen from Singapore to watch her favourite badminton shuttler retire should have been.

I booked a 7AM train on a Saturday morning – that alone had made me slightly grumpy. Add to the fact that my Airbnb host was giving me a lot of problems, asking for 20 quids extra for that one night I was staying because it being the busiest weekend of the year meant that he could have easily found someone who would be willing to pay much more than 30 quid a night for a room in a dodgy location – I started to question my sanity for deciding to go in the first place.

But after my week-long rant to my flatmate and anyone else who would listen, Birmingham, bless the city, was really pulling all stops to prove me wrong.

First, they impressed me right away with their breakfast. Or rather, how cheap their amazing breakfast was.

Although to be fair, before the food even arrived I already knew that the trip was worth it when I was greeted by this awesome friend of mine whom I hadn’t seen in 3 years.

And if there is anything that I should know about myself by now, badminton tournaments excite me to no end. Just being in the stadium, surrounded by like-minded dorks who actually care about the sport, is exhilarating in its own right. Let alone the adrenaline rush of trying to interview the athletes after their matches, running up and down the steps of the stadium to reach the press room in time – the motion was all too familiar and reminded me so much about all those years reporting at the Singapore Open.

Even if I had gone home with nothing but my sore feet, I would have been satisfied. But Birmingham decided to surprise me further.

On the final day of the tournament, I turned up at the stadium and my friend Tarek was immediately surrounded by the media organisers asking him to appear live on air should the Korean duo win the women’s doubles finals. And then upon finding out the clueless looking person next to him could speak Indonesian, the organisers said to me that they MIGHT be needing my help too if the Indonesians won but it was unlikely because they believed one of them could speak some patchy English anyway.

So I went back to my seat at the stadium, minding my own business (read: stuffing myself with free pastries from the media centre) and was busy getting excited for Tarek’s appearance on live television. 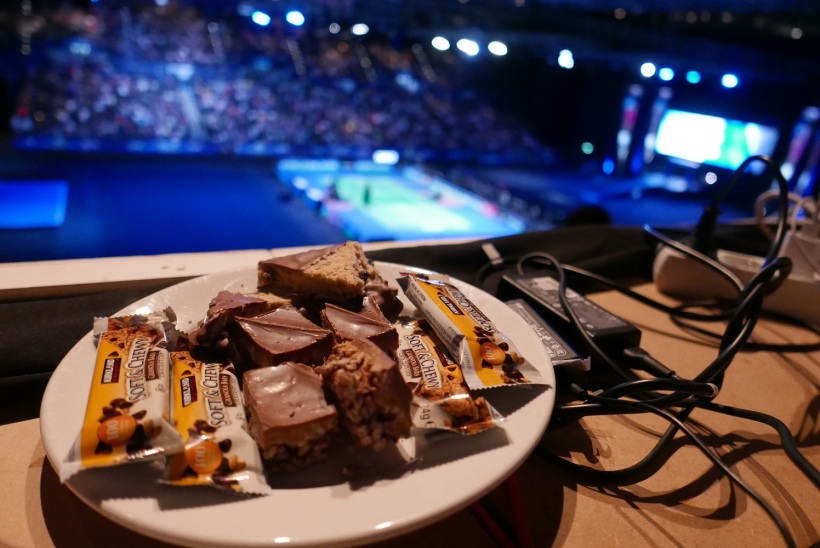 Yet things took an interesting turn. The Korean coach suddenly agreed to be the translator live on television, and my dear Tarek was relieved of his duty.

As for me, I suddenly received a message that I was needed – the Indonesian pair’s English was not up to scratch so they needed a translator for the post-match interview should they win. And it was clear at that point that they were going to demolish their opponents and win the title.

Regretting every single crumb of shortbread I had put in my mouth absentmindedly over the past hour, I made my way to the area where all the officials were all seated. The emcee was barking questions (very kindly) to me, asking me to spell and pronounce my name (“Sir La?” I relented, as usual) and briefing me with all the questions for the interview.

In the meantime, all I could think of was: what if I forgot how to speak Indonesian???

It sounds silly but up until that point, I had only been speaking English for the past few months. Add to the fact that over the past hour I was being taught how to say curse words and insults in French by my comrades at the stadium (plus I might have been high on sugar and chocolates too). My seemingly pointless worry was perfectly justifiable at the time.

My worry must have shown so clearly on my face that one of the older officials came rushing to me and said, “Let me grab you a chair, my dear.” Another passed me a large roll of kitchen towels so I could dab the cold sweat on my forehead.

When the moment finally came, it was an out-of-body experience. I felt like I could see myself walking to the spotlight, massive TV cameras surrounding me, and the emcee announcing that I would be the translator for the audience at the stadium, oh, and probably thousands of people watching from home.

When I came back to my seat, my phone went crazy with people sending pictures of their TV screens. But my favourite was this one from my favourite French Teh Tarek that I saw a tad too late, but was still sweet nonetheless.

So there you go, a dreaded weekend in Birmingham which turned out to be something extraordinary. 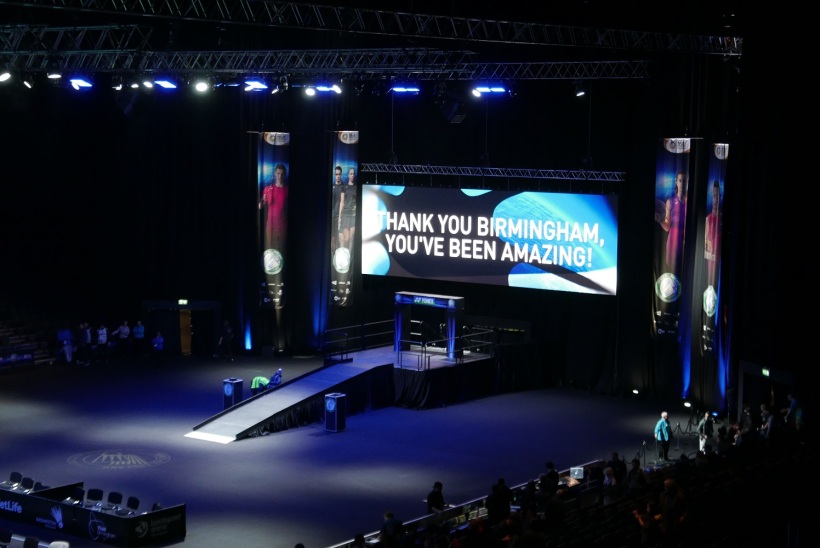 Thank you Birmingham, you have indeed been amazing!

P.S. Here is the video if you care to watch it. I appeared at minute 43.