A city I never thought I would visit, and love.

Some of the best things in life come when you least expect it. The same goes for travelling. Sometimes some of the best places may not be listed on a Lonely Planet guide – you just happen to chance upon it while being lost on your way to somewhere and voila! you couldn’t stop talking about it to anyone who would care to listen.

But if I keep relying on that philosophy in life, I would never have discovered Norwich, a city in Norfolk, of which one travel journalist has labeled to be “on the way to nowhere”.

It sounds harsh, but there is some truth to it. Norwich is located in East Anglia, that little bump in the east of England. It is not easily accessible from any major cities, and there is nothing but barren land between London and the place. Moreover, train prices in Norfolk are generally more expensive than the rest of the kingdom, which only further discouraged people from visiting the place.

So my decision to visit Norwich had to be completely deliberate (there is no other way I would have ended up there otherwise) although it did take me almost a year to board that Greater Anglia train from Liverpool Street.

I never doubted that Norwich was going to be lovely, but the comments by some people about the place kind of got to me…

“What is there in Norwich?“, “Why would you go there?”, “I mean Norwich is lovely, but why?” and a few more things along the line.

… that when I got off the train, I was wary and wanted to take the next train back. I was even hiding behind a pillar at the station, trying to hide from my host but he somehow still managed to find me.

And it was a good thing he did, since I proceeded to have one of the best weekends I have had in a long time.

I fell in love with the city right at the first stop, an area at the outskirt of the Mousehold Heath. It was a hill overlooking the whole of Norwich, and I took to calling it the “Prison Hill” since it was located right across the street from the HM Prison Norwich.

It was wise of him to bring me here since I love hills with a view.

Apart from the stunning view, there is something else to be said about the prison: a lovely cafe called Cafe Britannia located at the former Britannia Barracks, which is now part of the prison. It served affordable brunch (and yummy-looking desserts) that I wished I got to eat more. But the most amazing thing about the cafe (apart from its cosy atmosphere and good food) was that they employ offenders. I couldn’t remember a much better feeling than eating a cheese scone and drinking tea with a great company while contributing to a good cause.

Throughout the day, the city became a collection of memories. We spent hours walking down the streets weaving through Norwich’s many historic churches and pubs. The city is famous for having a pub for every day of the year and a church for every week.

Some would describe Norwich as ‘historic’, but I personally prefer the phrase ‘stuck in time’, in the best possible way. The walls of the cathedrals were ancient, and I happened to be spending the weekend with someone who refused to own a smart phone. Who knew time travelling to the past could be so refreshing and charming? 🙂

Situated close to the Castle was the famous Norwich Market. The outdoor market offered a little more than just stalls at the city centre.

Connecting the castle and the market was the Royal Arcade. With its row of shops, it reminded me so much of Brussels’ Galeries Royales Saint-Hubert.

I was torn between snapping pictures continuously and seeing things through my own eyes. In the end I decided to spend less time behind the lens and more on etching the feelings and memories as deeply as I can in my mind and, I dare say, heart.

Because there are certain things that I would not like to ever forget about the place, and those things would certainly never make it to the Lonely Planet.

Like this fiery sunset that accompanied me on my way to locate a pub using only instructions on a text message (no Google Maps allowed!). 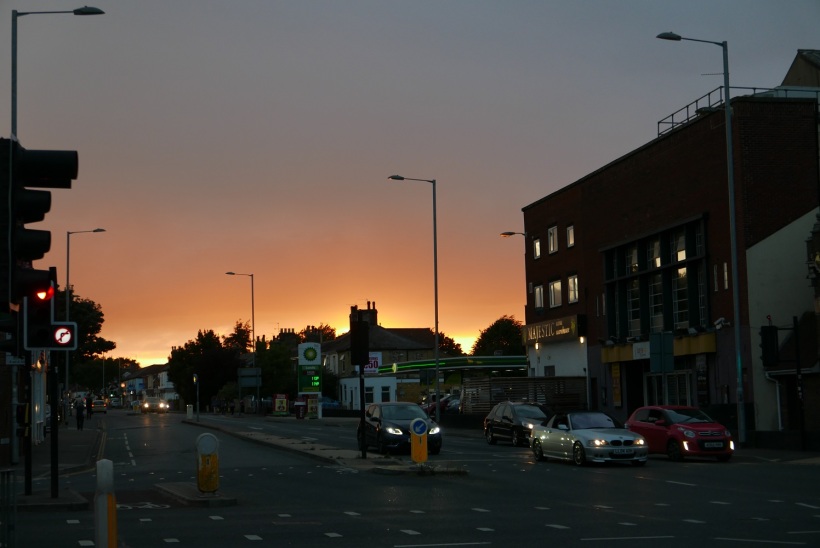 The many chimneys that I could see from the Castle ground… 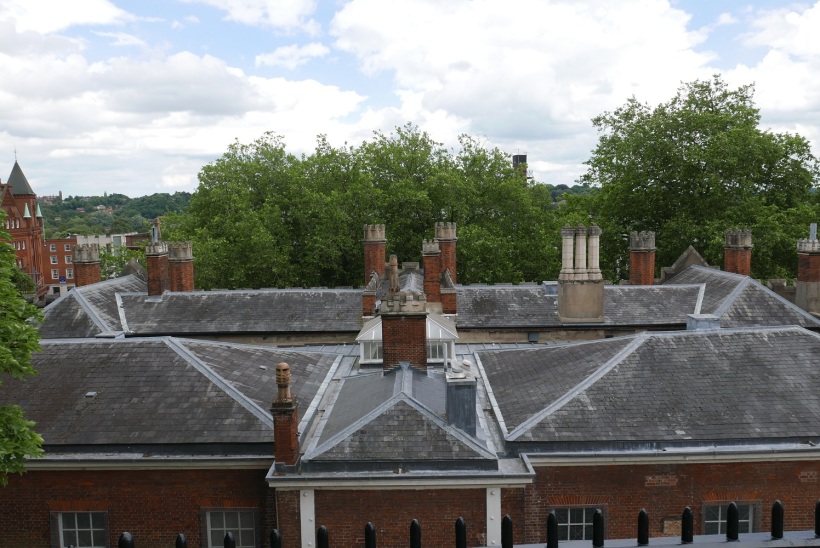 The table by the window of the Tea House at Elm Hill, decorated with our empty tea cups.

And just the feeling of being really, truly happy without “a loada ole squit” weighing down my mind. 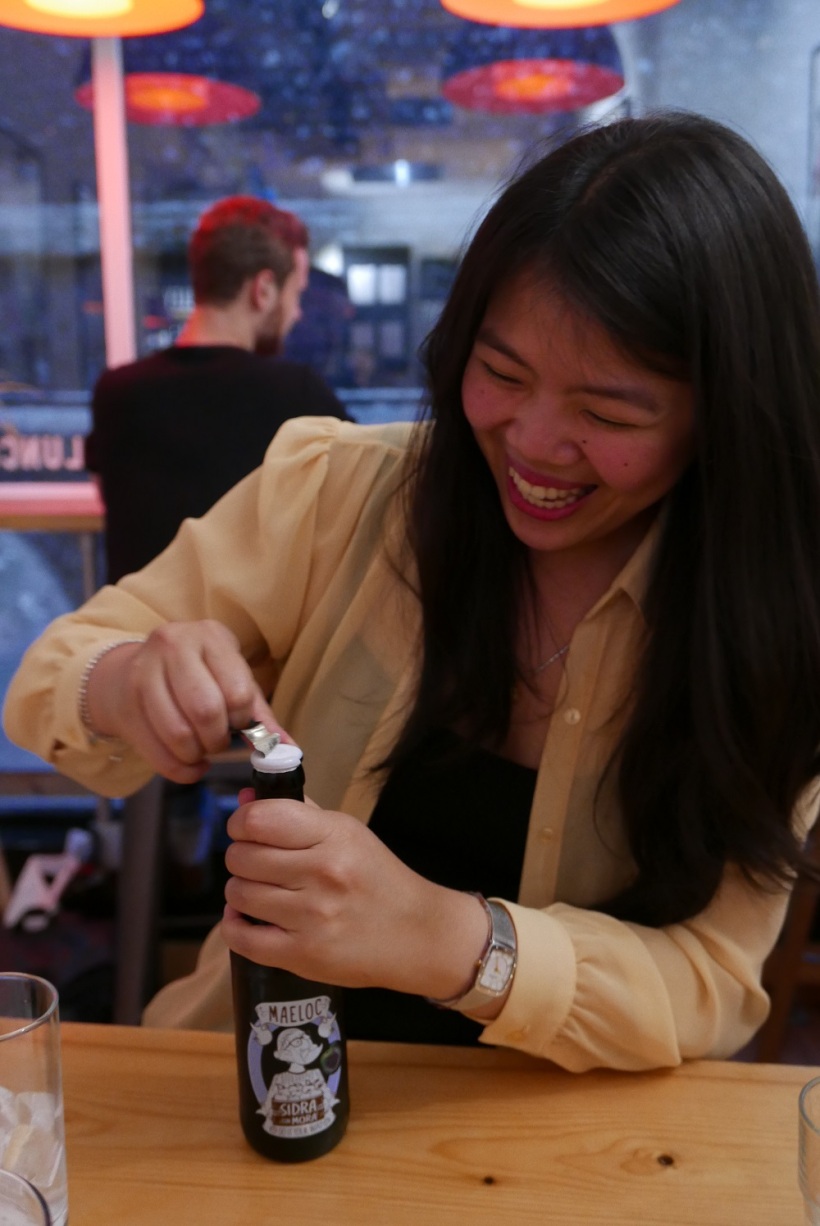 By the end of the day, I certainly wished I had more than just a weekend there. Since we are now more than 6,000 miles apart from each other, I have no idea if we’ll see each other again.

But one thing is for sure, no matter what happens, I sure am glad we did. 🙂

2 thoughts on “The fine city of Norwich.”